Recently, BMW started releasing info on a bold future for the company. They have so far unveiled three new cars of their future lineup of self-driving, electric vehicles. They have also announced that by 2025, the BMW as you know it will not be the same. One of the most significant challenges is entering into a market dominated so far by non-car people. Up until now, autonomous driving is being dominated by companies like Google and people like Elon Musk. Musk, who is more known for other industries than cars, despite the popularity of the Tesla brand. This is a good thing for the consumer and a bad thing for Elon Musk, whose Tesla brand will now have more competition.

The changes are not all hi-tech, for example, the i3 is moving in the opposite direction becoming the iX1. While it will be electric, the iX1 will be built on a steel and aluminum architecture rather than carbon fiber as most cars currently do. Otherwise, BMW has announced they plan to make 12 new electric vehicles by 2024.

One model they are promising for the future is based on the assumption that ride sharing and autonomous driving is the future. The automated taxi of Total Recall is almost here. With the upcoming i3, BMW is showing off the prospect of ride-hailing with a bold statement. The i3 is developed specifically for ride-sharing. The doors open wide for easy exit and entrance of many passengers. Many leisure functions such as using the radio and climate control are voice activated. The BMW i3 will also park itself after unloading passengers.

i Vision Dynamics
Also, at the Frankfurt Motor Show, it revealed the i Vision Dynamics boasting of 373 miles on a single charge and zero to 62 in 4 seconds. But, while still a concept, there is a long way to go to the sales floor.

Future if the BMW i8

Also, BMW has announced they will be developing a ‘brand shaper” in 2022. This promises to be the visual and performance-based model of what they are as a brand. Speculation is it will be based on the i8 platform when the time comes to replace it. There has been no announcement made yet.

One thing we can see so far is BMW plans to be around for quite some time in the future. It is evident that BMW has already changed much over the years. Their bold vision tells us they have no intention of taking their foot off the throttle to the future.

With luck, Texas already has a parts distribution center we may have a chance on bidding on some of the new technology manufacturing. One thing we know is the people of Texas, especially Austin and the customers at Luxury Auto Works do love their BMW’s. Besides, with Luxury Auto Works having some of the best trained BMW mechanics around, you can be sure we will be servicing all these new models in the future. 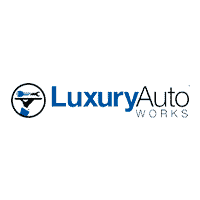